After a cup of coffee, we left just after 8 and found ourselves at a deep river crossing. Abie was on the other side already, so who were we to be chicken??
We made it through safely, but the second crossing seemed too daunting, deep and fast flowing.

Back through the first river and then onto a detour that was beautiful. 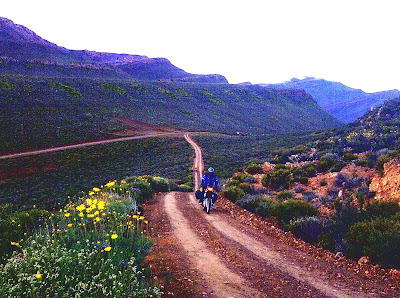 It started up a steep climb and then made its way through the rocky outcrops on the Plato. 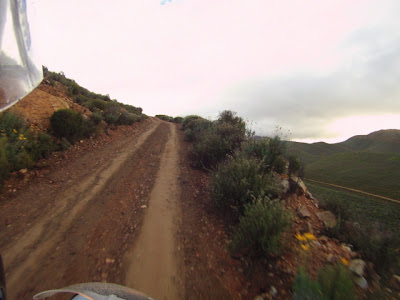 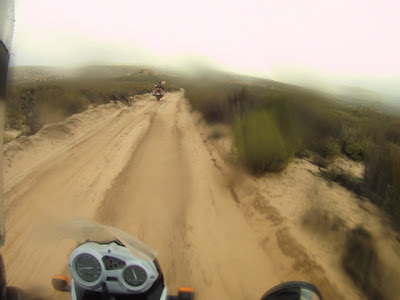 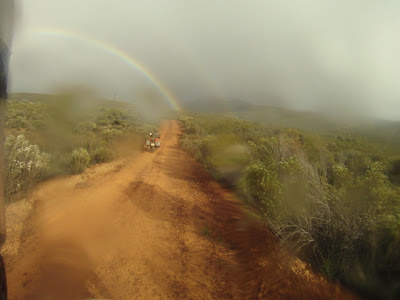 By now the drizzle was hard enough to make seeing through the visor almost impossible, yet we were accompanied by a beautiful rainbow. 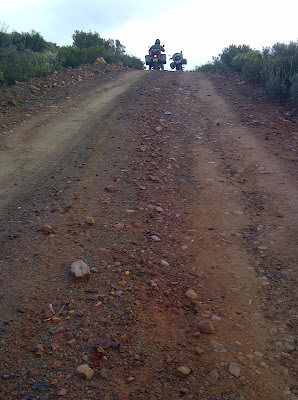 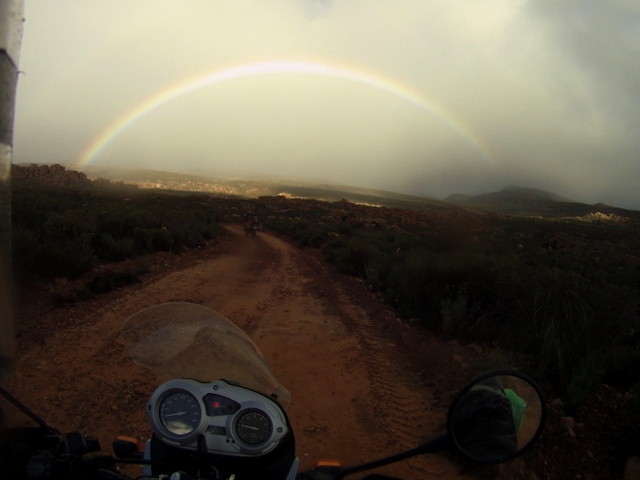 The rock formations were intricate and majestic, yet simple and plentiful. The detour included going through about 5 gates, farms with horses and a lovely campsite. 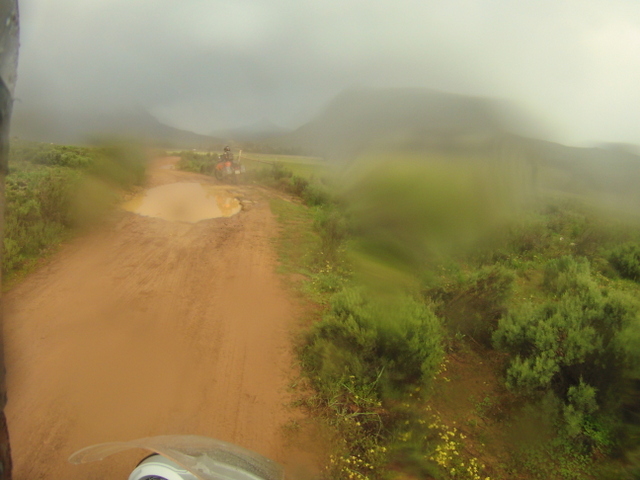 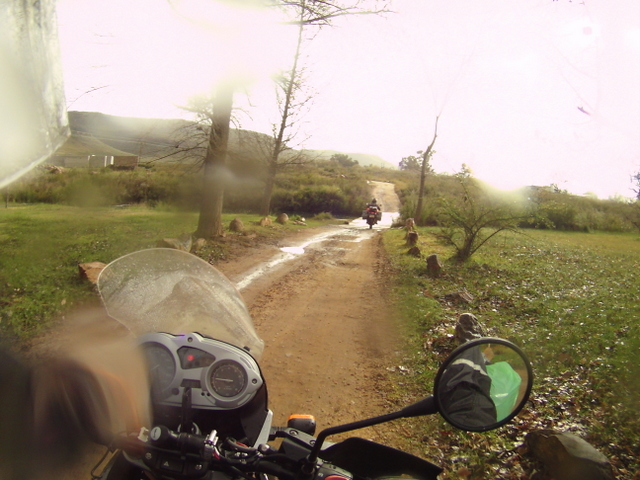 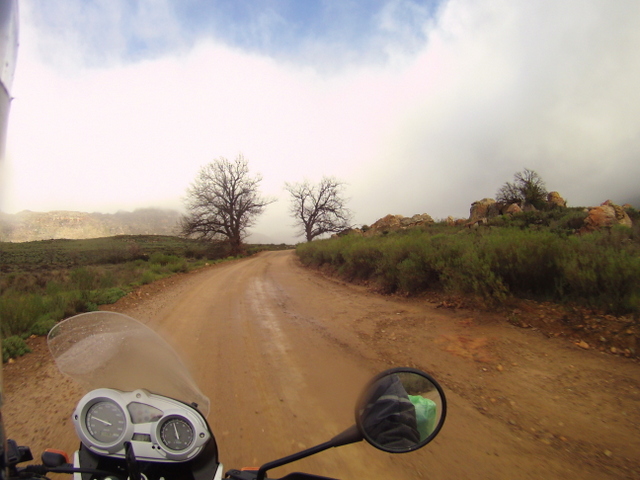 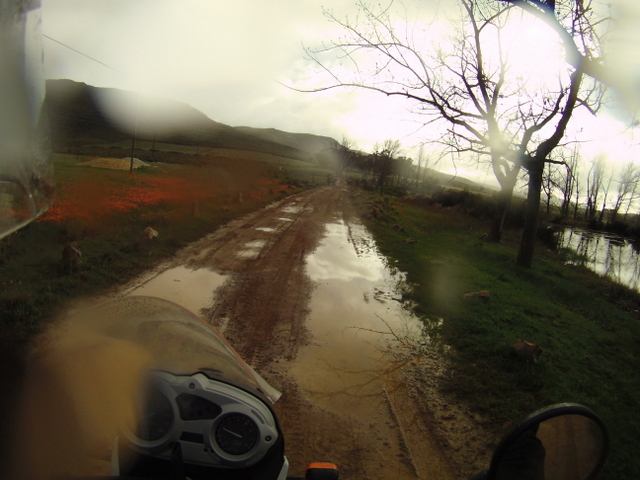 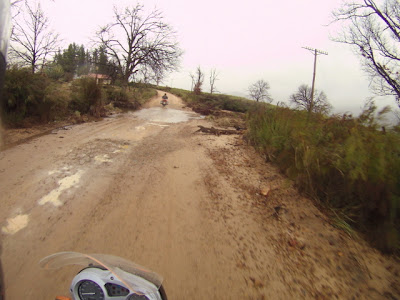 After an energy bar, the rain started falling a bit harder where the detour road connects with the original, Potholes and slippery mud greeted us a little further and we inched our way forward. Well, a little faster than inched, but still very slow. Although stressful, as I did not want to come down at the beginning of my trip, I really enjoyed the challenge and sense of achievement once I had passed without landing in a puddle. 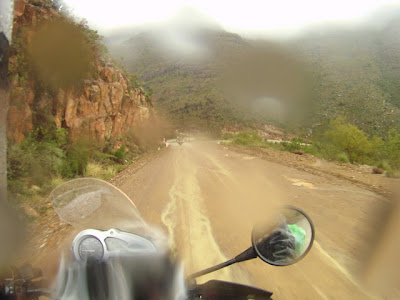 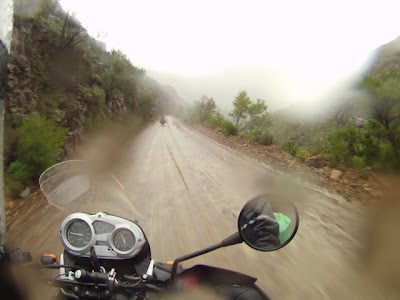 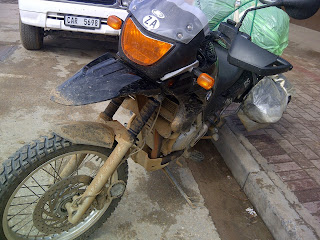 From Clanwilliam we took a look at the dam after the sluice had been opened. 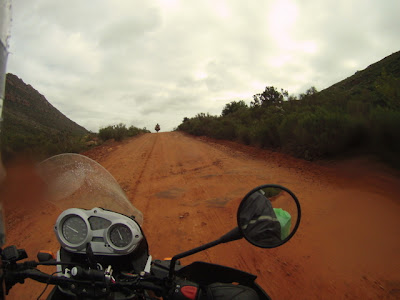 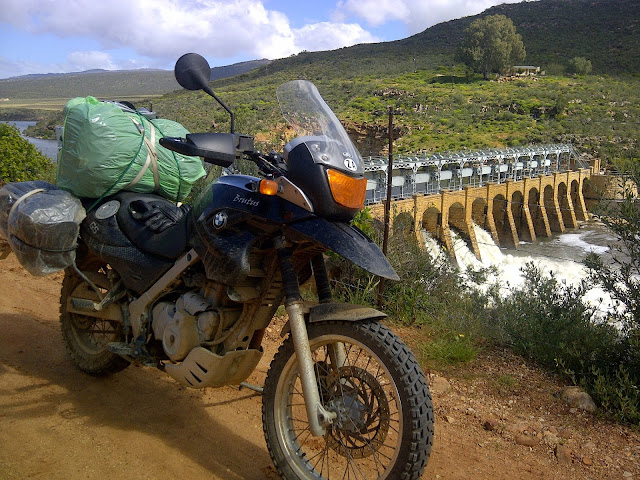 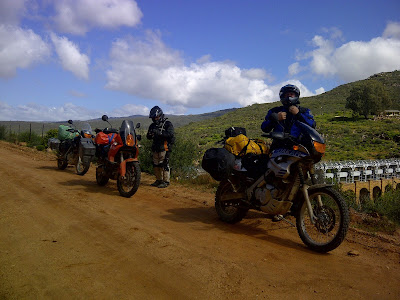 Then winding along a stunning road next to the river. We just had to stop at the Brick wall made by Italian Prisoners of war. Also a beautiful sight, as the water was rushing past to join the tons coming down after heavy rains, flowing high up to the trees. 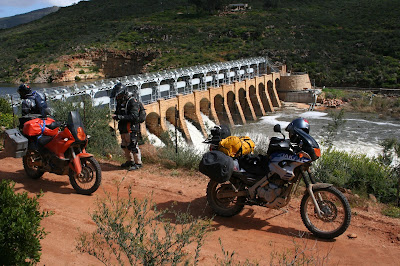 This stretch was also quite a challenge with slippery mud, some sand and lots of wet spots with potholes. Yet one of the most beautiful roads winding all along the river! 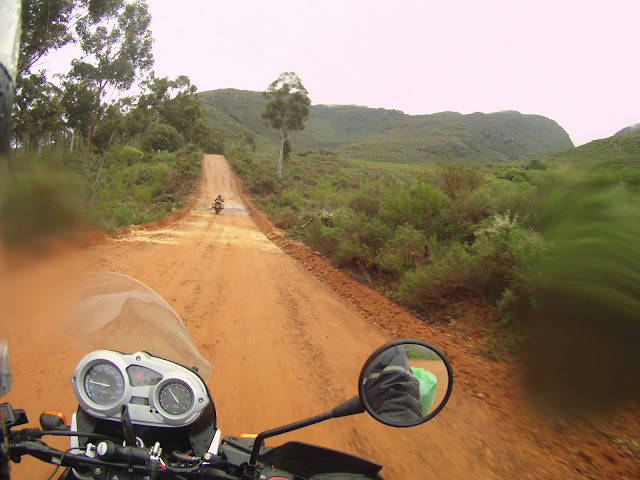 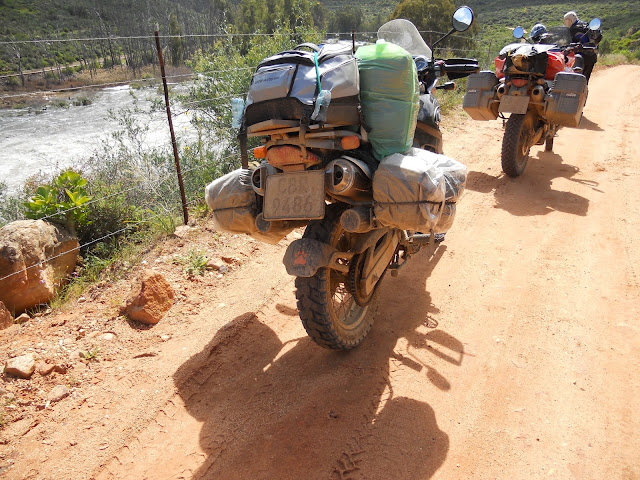 We met up with the N7 at Klawer and then rode tar all the way to Springbok. We could not believe the  could be so green?! 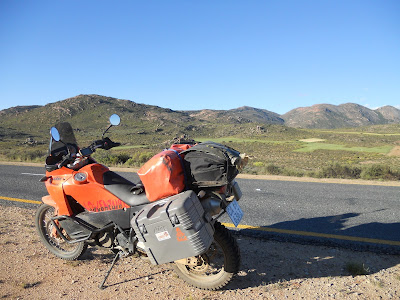 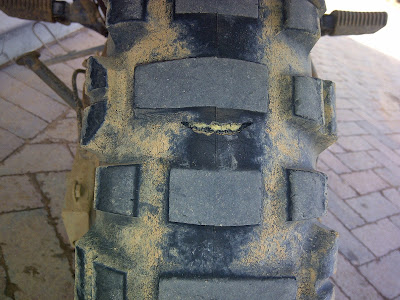 While refuelling in Bitterfontein Abie discovered a huge gash in his tyre and was forced to turn back, limping safely into Klawer for the night.


But all in all, a stunning and thrilling day. We loved the challenges, the beauty and new roads. Totally drenched and knackered but happy!! 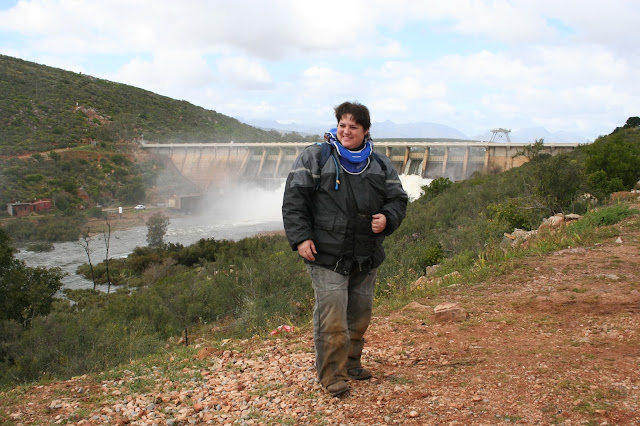